Before Roe There Was Choices: February 2017 Newsletter

Who Can Get the HPV Vaccine, and What Does It Do?

The Top 5 Benefits of Low-Hormone IUDs

The intrauterine device, or IUD, is a popular form of birth control. However, the reason for its safety lies in its difficult history. Choices offers many different types of birth control and created the ESPC Model to help you to select the type that is right for you.

In the 1970s, problems caused by the Dalkon Shield IUD resulted in its removal from the market, causing many women to abandon the perception that intrauterine devices were a safe and effective form of birth control.

The Dalkon Shield incident resulted in persistent advocacy by women’s health activists for safer birth control options, and it was this advocacy which resulted in the creation of the safe, effective IUDs. Today, more women than ever choose an IUD as their primary form of birth control. Although this birth control option is not recommended for all women, there are many reasons why its popularity continues to increase and many options for IUDs. Women should also be aware that an IUD only prevents pregnancy, not sexually-transmitted infections, also called sexually-transmitted diseases (STD).

Founded in 1971, Choices Women’s Medical Center provides women of all ages, gender identity, nationality, and culture with high-quality medical care. In addition to health education, Choices Women’s Medical Center offers a strong core of services dedicated to women’s reproductive health, including all types of birth control, a full range of gynecological testing and treatment, a complete prenatal program, and abortion services to 24 weeks.

All IUDs, regardless of brand name or type, have nearly identical benefits.

Getting the device inserted is a one-time process that can provide highly-effective, worry-free birth control for several years. An intrauterine device, the t-shaped birth control device, is inserted through the vagina, past the cervix, and ultimately placed in the uterus.1

Unlike the IUD devices of years past, today’s intrauterine device birth control offers a high degree of safety. Women also have the option to employ a completely hormone- free IUD, or hormones only in very low concentrations.

Another aspect of safety is that IUDs can be used as a form of emergency contraception in the event that you had unprotected intercourse in the last 5 days. Because of the way that IUDs prevent pregnancy, there is no need to worry about lasting effects from the hormones they contain.

In terms of cost, IUDs are more accessible to women than ever before. The Affordable Care Act requires insurance companies to cover additional fees and co-pays for IUD devices approved by the Federal Drug Administration (FDA), such as the IUD brand Kyleena, which can work for up to 5 years.

There are several reasons why the many available forms of intrauterine device are effective. Other methods like condoms or the contraceptive pill, frequently referred to as “the pill,” are far less effective in preventing pregnancy in actual use, as compared to perfect use. While condoms have an 18% failure rate with actual use, only 1 woman out of 100 using an IUD become pregnant in the first year. The pill is more effective at preventing pregnancy than condoms, with a 9% failure rate in actual use, and 3% in perfect use. It is worth noting that when condoms and the pill are used together, the failure rate is only 1% in actual use.2

Certain other methods of birth control Choices Women’s Medical does not recommend, even though they may be popular. One such method is called “pulling out,” in which a man does not ejaculate in the vagina. This is frequently ineffective, as a woman may still become pregnant from a man’s pre-ejaculate. A woman may also contract an STD or transmit her own STD to a partner if there is no condom utilized.

Another often-ineffective form of birth control is “the rhythm method,” where a woman plans her sexual activity around her menstrual cycle to prevent pregnancy. A woman should be aware that although it is rare, she can become pregnant if she has intercourse during her period.

Not only do these methods have a high failure rate, they carry the added concern about the potential to contract an STD.

Another reason IUDs are effective is because they rarely cause discomfort after they have been placed, and complications are very rare.

IUDs are a convenient method of birth control because—once inserted—you don’t have to think about them. Women often prefer an intrauterine device over the pill, which takes diligence to remember to take at the same time daily. With an IUD, you literally “set it and forget it.” An IUD has an expiration date, however, and will need to be removed and replaced after 5 to 10 years, depending on the brand. 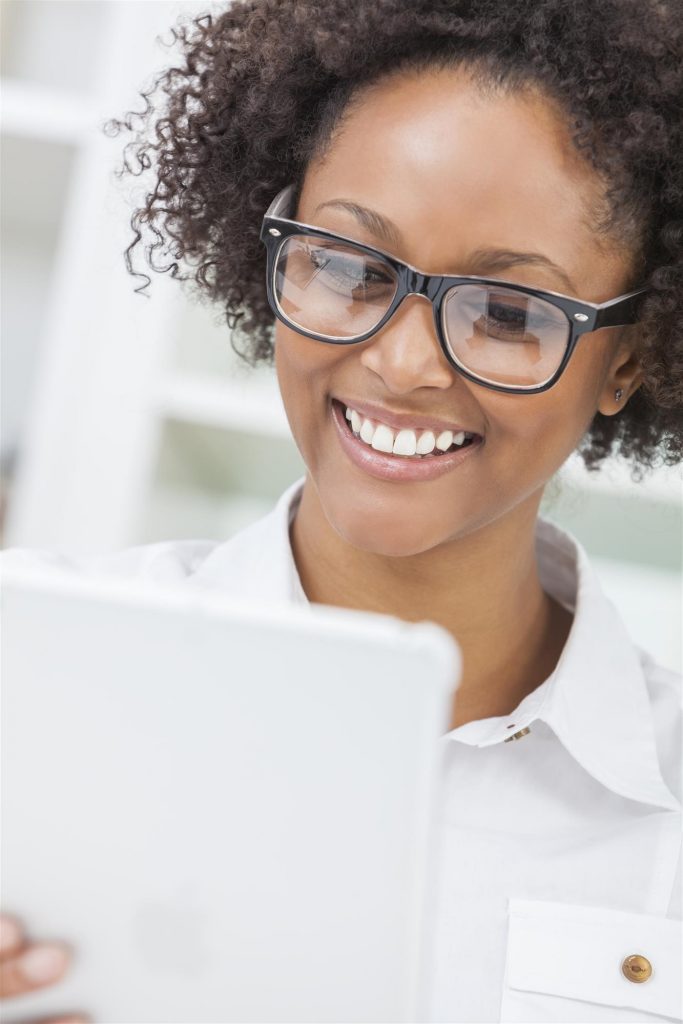 Kyleena is a new addition to the existing range of available IUD devices. It offers reversible birth control which can be effective for up to 5 years. Kyleena is ideal for women who plan to conceive in the future but wish to wait. This is because a woman can become pregnant almost immediately after the removal of the intrauterine device, by a medical doctor.

Kyleena is 28mm wide and 30mm long. This device holds a total of 19.5mg of levonorgestrel, which is lower than some other IUDs on the market. The hormone causes cervical mucus to thicken, making it more difficult for sperm to travel through it to the uterus. This local release of hormones over a five-year period means that only a small amount will enter the blood.

Insertion of Kyleena involves a tube of 3.8mm in diameter, and this form of contraception can be used whether or not a woman has already given birth.

Approximately 1 in 8 women who use Kyleena will see their periods disappear after one year of use,3 which is of benefit to those wishing to eliminate the cost, inconvenience, pain and sometimes pre-menstrual syndrome (PMS) mood wings associated with menstruation.

The fact that Kyleena offers such a low dose of levonorgestrel makes it ideal for women wishing to prevent pregnancy with the lowest possible amount of hormone.

Total abstinence also carries zero risk of medical or hormonal side effects, unlike IUDs, all of which have a degree of risk, however minimal that may be.

If You Wish to Become Pregnant 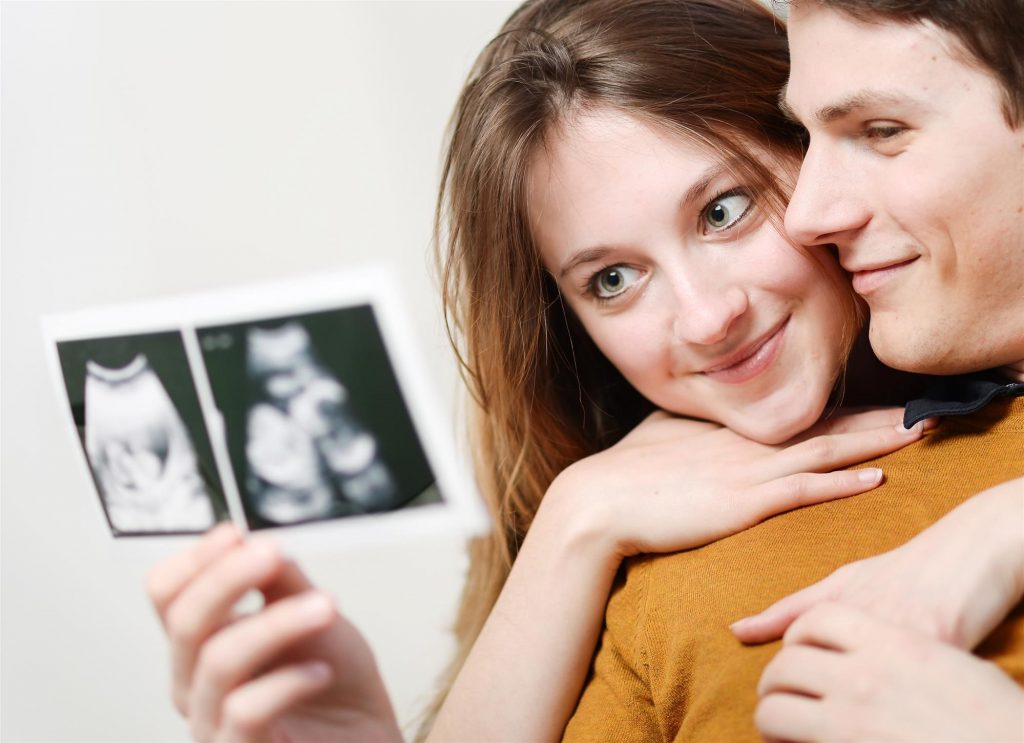 In general, today’s hormonal IUDs have about a 1-2% risk of pregnancy for the sexually active woman in a 12-month period. However, this figure is only accurate with typical use, where IUDs are properly placed. If Kyleena slips, it won’t be able to distribute the same amount of hormones to the mucus of the cervix, which will make it easier for sperm to reach and fertilize eggs, thereby increasing the risk of pregnancy.5

Continuing the usage of an intrauterine device while trying to become pregnant is not ideal, as doing this will increase the risk that a fertilized egg will develop elsewhere besides the uterus, such as in the fallopian tubes, called an ectopic pregnancy. Because ectopic pregnancy while using IUDs can cause life-threatening conditions such as severe internal bleeding and rupture of the fallopian tube, termination of the fetus is the only option.

It is possible to have a non-ectopic pregnancy with an intrauterine device still inserted. However, keeping the IUD in place risks miscarriage. Therefore, it’s likely that your doctor will recommend removal.

Because the release of hormones from Kyleena is localized, you can attempt to conceive soon after the device has been removed. Most physicians will recommend attempting to conceive after you’ve finished your next menstrual period so that dating your pregnancy is easier.

If you wish to wait before getting pregnant, it’s advisable to use another birth control method, because the ability to conceive can be restored soon after having Kyleena removed.

No specific IUD is “one size fits all.” Each option has its pros and cons, which should all be thoroughly explored prior to choosing. The IUD you choose will also depend on your personal preferences compared to what various intrauterine device types offer. If you wish to have the convenience of lighter to nonexistent periods and a high percentage of protection against pregnancy, for example, then Kyleena may be an option to consider.

However, if you want a non-hormonal means of pregnancy prevention, the copper IUD ParaGard may be for you. All IUDs have cautions. For instance, some women may experience longer or more painful periods in the first few months, as well as uncomfortable, painful cramps during and following insertion of the intrauterine device. Some women only experience pain for a few hours, while others may be in pain for weeks. To ease pain during insertion, some doctors will provide the patient a medication to dilate the cervix so the IUD is both easier to place and less painful for the patient.

As mentioned, an Intrauterine Device does not guard a woman against STDs. Only condoms or abstinence will protect a woman from STDs. This is why an IUD is often recommended particularly for women in a long-term, monogamous relationship where the couple does often does not need to use condoms but wants to guard against accidental pregnancy.

Accidental pregnancy with an IUD, though extremely rare, is still possible. In the event that your device does come out unexpectedly, it’s important to ensure that you use backup birth control. IUDs are also not for women with certain cancers or those who get infections easily or who currently have an infection.

If you have an infection, it’s important to ensure it’s been treated and that you are no longer infected before having an IUD inserted. You may also experience spotting or bleeding in the first few months after having an intrauterine device inserted.

Speaking with a medical professional about the advantages and risks of IUDs is always strongly recommended before choosing any birth control product. Choices Women’s Medical Center is dedicated to providing reproductive health education to all women.

We offer our patients truthful, compassionate, and non-judgmental health care with the convenience of same-day and walk-in appointments. For more information, visit our website at https://www.choicesmedical.com, or call (718) 786-5000.

Courage, Compassion, and COVID: Choices Moves into its 50th Year