Everything You Need to Know About Emergency Contraception

Choices: A Safe Haven for the LGBTQ Community

STIs, or sexually-transmitted infections are, unfortunately, on the rise. The highest number of syphilis, gonorrhea, and chlamydia ever—more than 2 million cases—was reported in 2016,1 which has led to many health organizations sounding the alarm about the importance of prevention to stop this growing threat. If you think you have been exposed to a sexually transmitted disease (STI/STD) or have symptoms like unusual discharge, itching, a rash or anything that doesn’t feel normal, contact us immediately for an appointment. Choices Women’s Medical Center, founded in 1971, provides patients with non-judgmental and compassionate health care. Our same-day and walk-in appointments and strong core of women’s reproductive services benefit all patients, both in New York and other states and countries.

Why Have These STIs Become So Prevalent?

There are many reasons to explain why STIs are on the rise.

The stigma associated with STIs, also called STDs (“sexually-transmitted diseases”) causes reluctance to talk about them even to a doctor. This can mean that infections go untreated and are, therefore, able to spread more rapidly.

Another reason for the current prevalence of STI/STD is the fact that infection may not be evident at first. Gonorrhea may have no symptoms, or the signs may seem so subtle that they can be easily overlooked. Also, the symptoms of gonorrhea can mimic those of other infections. Some of the common symptoms of gonorrhea include a burning sensation during urination and discharge from the penis or vagina.

Syphilis symptoms can also be very difficult to notice. Not only that, but the symptoms of syphilis tend to come and go over time. Syphilis is the most serious infection because it can affect the heart, say STD clinics, as well as the brain and other organs, without any symptoms.

Finally, chlamydia also typically has no symptoms or has symptoms that can be easily mistaken for something else. A common symptom of a possible chlamydia infection is pain during sex, as well as pain or a burning sensation during urination.

To add to the prevalence of STIs, many healthcare, sexual education, and disease prevention programs have also had their funding cut. This lack of education is also thought to be a significant contributor to the rise in STI/STD cases.

Who Do These Diseases Affect and Why Should They Be Treated?

Together, syphilis, gonorrhea, and chlamydia affect everyone. A majority of syphilis cases, according to research, is occurring in gay and bisexual men, as well as among other men who have sex with men (MSM).

However, a major increase in syphilis cases was also seen in women, as well as in newborns. Known as congenital syphilis, this disease resulted in over 40 newborn deaths,2 as well as severe health complications in others born with the condition.

Gonorrhea cases in both men and women saw increases, but a steeper increase was seen in men. Although not yet proven, the research by STD testing centers is suggesting that a large portion of the cases causing this steeper increase is among MSM.

Nearly half of all chlamydia patients diagnosed in 2016 were young women. It is estimated that thousands of women are unknowingly living with the disease.

The Importance of Testing and Treatment

It’s true that none of these STIs necessarily present with any symptoms. However, by not getting treatment, the risk of widespread infection only increases, along with the health risks to you when the infection progresses.

Both chlamydia and gonorrhea can lead to infertility without medical intervention and treatment. Left untreated, syphilis can lead to paralysis and, ultimately, death.

Each of these diseases is a bacterial infection, which means they can all be treated. However, STD testing in NYC Queens must first be done to confirm the infection.

Gonorrhea testing can be completed in a number of ways. You may be asked to provide a urine sample. Your saliva may be tested for the bacteria, or a doctor may prefer to test discharge from a particular part of your body.

Syphilis testing can occur whether you are currently experiencing symptoms or not. A simple blood test is usually all that’s needed for a diagnosis, but fluid from any open sores can also be taken with a swab and tested for the infection.

Chlamydia testing requires providing a urine sample. Testing can also be completed by taking cell samples from various areas of the body during a visit to Choices, a women’s clinic in Queens. Symptoms of chlamydia can also be visible to a doctor during a pelvic exam.

In all three cases, these infections can be completely cured by medication. As well, getting tested is a responsible way to ensure your continued health. Testing can occur in your doctor’s office, at a community health clinic, and in various other locations.

Monogamy Is Not a Cure

Some feel they are immune to STIs because they are in a monogamous relationship. The truth is that, although you may be monogamous, your partner may not be. Another factor is that, if your partner has an STI but has not been tested or treated, this places you at risk.

The best antidote is communication; talking to partners about their sexual histories and current sexual habits can lead to better mutual understanding and, ultimately, protect you from possible infection.

How to Have Safer Sex

There are many options for having safer sex and preventing the contracting of STIs, with abstinence being the only way to completely ensure that you never get infected. If you are not abstaining from sex, then ensuring you use protection is the next best way to ensure you stay healthy.

Eliminate the possibility of protection not being used during a sexual encounter. Avoid the ingestion of drugs or alcohol prior to sexual intercourse, as both of these can lower your inhibitions, as well as impair your judgment.

Ensure that you have protection with you wherever you are. Carry male and female condoms with you, STI testing clinics advise. If you have multiple sexual encounters, ensure that protection is used with each partner.

If you are in a mutually monogamous relationship with a partner, and you have both been tested and declared infection-free, this is another reliable way to ensure you don’t become infected. As stated previously, communicating with your partner about your relationship and where you both stand helps both of you achieve a greater understanding of how best to protect yourselves.

The response to the threat of STIs like gonorrhea, chlamydia, and syphilis includes the improvement of diagnosing and treating pregnant women for syphilis so that newborns can also be promptly treated.

The locating of individuals infected by drug-resistant gonorrhea and treating them quickly is an aim of the federal government, as is assisting state departments and health clinics to integrate STI/STD care for HIV-positive patients.

In terms of core infrastructure, mitigating the high number of STI diagnoses begins with an open conversation, regular testing, and the use of protection or the choice of mutual monogamy. When screening and prompt treatment are a normal part of medical care, providers can offer a higher-quality service that helps patients stay healthy.

Finally, ensuring that those areas with the highest number of sexually transmitted infections have the tools and infrastructure needed to rapidly detect and treat those infections can offer another way to mitigate their rise.

With a national and local response that is aligned to fight STIs, the risks to the public of becoming infected and needing syphilis, chlamydia, or gonorrhea treatment can be lowered significantly if not almost completely eliminated.

A Full Range of Gynecological Testing and Treatment

Choices Women’s Medical Center, located in Jamaica, Queens, offers a full range of gynecological testing and treatment. From PAP and pregnancy testing to abortion services until 24 weeks, birth control, counseling, and much more, Choices helps to keep patients healthy so that they can continue to live life to the fullest. 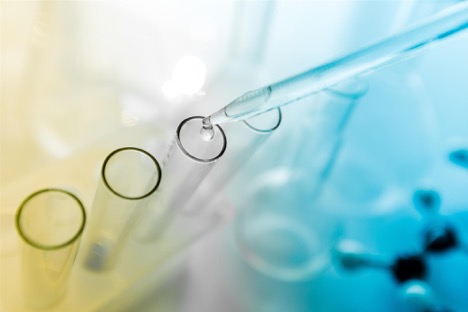 Serving over 40,000 patients each year, Choices offers truthful and confidential services to provide patients with the information and confidence they need to make informed health choices. To learn more, call (718) 786-5000. 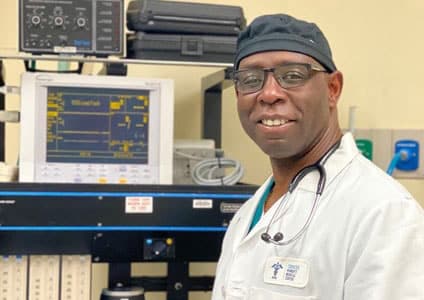