September is Sexual Health Awareness Month. Obviously, sexual health is something for every day, not just one month, but I applaud all efforts to promote good sexual health practices and education for everyone, of all ages. And it’s especially important in this back-to-school month, in particular, for youth in middle and high school.

These years have always been fraught with anxiety and upset about so many things, including peer relationships, self-esteem and sexuality. Today’s social media only intensifies this, and teen years can be a particularly difficult time for young women and girls. Non-judgmental, science-based sexual health education and services are essential to help teens of all sexual and gender identities weather the storms.

One piece of good news is that in 2015-2016, more U.S. students than ever before graduated from high school, with 72.5% of girls graduating and going on to college – this is 7% more than boys. The bad news is – and it’s really bad news – is that access to reproductive healthcare that helps girls stay in school is taking a big hit under the Trump/Pence administration.

Rollbacks on Obama’s Affordable Care Act mean insurers and employers can refuse to cover birth control. In addition, the “domestic gag rule” threatens funding for any Title X-funded family planning or reproductive health clinic that refers patients for abortions elsewhere or even mentions the “A” word. According to the Guttmacher Institute, the unintended pregnancy rate for girls ages 15-19 would be 44% higher if Title X funds are withheld.

Trump’s Dept. of Health and Human Services also announced changes in the Teen Pregnancy Prevention Program (TPP) that funds sex education in schools. Forbes reports that the teen pregnancy rate hit an all-time low after the TPP was begun in 2010. But the Trump administration announced its intent to provide funding only to TPP programs that promote abstinence-only! This would mean some 600,000 students would have NO accurate information on birth control and would be at risk for unintended pregnancies. Because of strong opposition, they have backed off on this for now. But all new programs will be required to emphasize abstinence-only and erase any mention of LGBTQ youth in its work. This is dangerous and harmful and must be opposed.

For our part, Choices will continue comprehensive sexual health services and education programs for patients of all ages, sexual and gender identities. Read more below about how Choices promotes and educates about sexual health – not just in September, but year-round.

More than half of U.S. teenagers have had sex by age 18 and over 99% of all sexually experienced teens have used some form of birth control. (See Center for Disease Control 2017 Report) Teens tend to act responsibly when they have the needed information and access to reproductive health services. At the same time, many teens don’t use the most reliable and effective forms of birth control (hormonal methods, including pills, patch and IUDs), and that can lead to higher rates of unintended pregnancy. 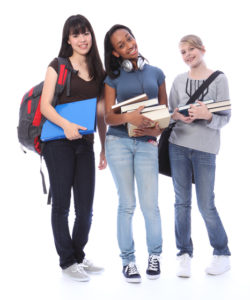 It shouldn’t be a big deal. Age-appropriate sex ed/sexual health information should be a regular part of school curricula at all levels. Some schools include it, but many don’t.  And as Merle Hoffman points out in her September Message above, the Trump Administration is trying to get rid of comprehensive and accurate sex education, including replacing science-based birth control information with “abstinence only.”

Let’s be clear. “Abstinence only” is not birth control but the foolish and harmful thinking of those who believe that the only purpose of sex is to make babies and all sex outside of heterosexual marriage is sinful. It is an approach to sex that’s been proven to be medically wrong and dangerous. Enough of that!

And  “Enough!” of the view that sex ed will only encourage young people to have sex.  That’s nonsense!  If school-aged youth do not have accurate, comprehensive sex ed, there will be more unprotected sex with the resulting unwanted pregnancies, sexually transmitted infections including HIV, or other harmful experiences.  Young people need to learn the truth about their bodies and sexuality, instead of misinformation they often get on the internet and social media or on the street. Choices is here to help through medical appointments, counseling and education sessions at schools and community centers.

For more discussion, check out this article from Rewire online magazine, “Six Ways We Need to Rethink Our Approach to Teen Sexuality“.

The World Health Organization (WHO) says: “Sexual Health is a state of physical, emotional, mental and social well-being in relation to sexuality…a positive and respectful approach to sexuality and sexual relationships, as well as the possibility of having pleasurable and safe sexual experiences, free of coercion, discrimination and violence. For sexual health to be attained and maintained, the sexual rights of all persons must be respected, protected and fulfilled.” At Choices, this means, first of all, that everyone who comes in our door is treated with respect and dignity. Your concerns are OUR concerns, no question is “off limits,” and all visits are completely confidential. All ages are welcome, and there are no age requirements for any of our services. Call 718-786-5000 for an appointment now, schedule an appointment online, or just walk in. If you’re an educator or community health worker, call 718-349-9100 Ext. 119 or email outreach@choicesmedical.com to schedule a lively and informative session at your school or community center with our trained Education Team. 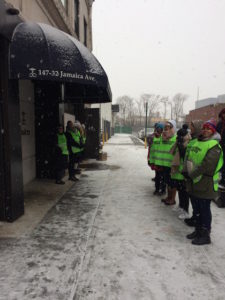 On August 20 the New York State Attorney General’s Office (OAG) announced that it will appeal the decision in the clinic harassment case involving anti-abortion protestors outside Choices Women’s Medical Center.  Judge Amon ruled in favor of the protestors earlier this year, discounting years of concrete experiences of patients, volunteer escorts and staff.  The appeal will involve legal briefs filed by the OAG and hearings and could take many months. We will keep you informed of developments.

The Potential Disaster of Brett Kavanaugh as Supreme Court Justice 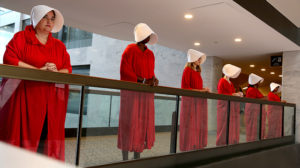 New things continued to be revealed at the confirmation hearings that began Sept 5 for Brett Kavanaugh as a new Supreme Court Justice.  Before they began it was already clear that his confirmation would be a disaster for women, LGBTQ people, people of color and anyone who cares  about human rights and justice. After all, Trump said he would only nominate someone who would vote to overturn Roe v. Wade. Now, emails have been revealed that show, among other things, Kavanaugh’s unambiguous view that Roe could legitimately be overturned. As reported in the NY Times, in a 2003 email Kavanaugh said “I am not sure that all legal scholars refer to Roe as the settled law of the land at the Supreme Court level since Court can always overrule its precedent, and three current justices on the Court would do so.” He refused to give his own view on whether or not that should happen. Other emails revealed that Kavanaugh has also questioned the legal basis for affirmative action.Dozens of people were arrested during the first days of the hearing, protesting his nomination. Other demonstrators dressed in bright red robes as the Handmaids in Margaret Atwood’s novel, The Handmaid’s Tale, (and the Hulu TV series), women who are forced to be breeders in a religiously-based society where partriarchy openly rules. (See photo.) Cheers to all those who are righteously protesting.

Would You Trust an App to Plan Your Family? We hope the answer is “NO!” 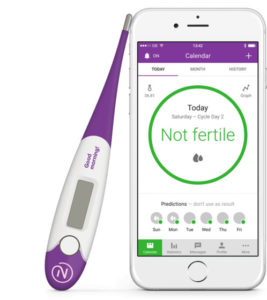 Believe it or not, the Food and Drug Administration recently approved the first software application for use in the “Natural Cycle” method of family planning.  Women who can’t or won’t use birth control methods like the pill, the patch or the IUD sometimes try to plan their pregnancies by tracking their fertility cycles (when they ovulate) and only having vaginal sex when they’re NOT fertile.  Many women who use this method end up pregnant as many things can affect fertility, and tracking can be tricky. The app is supposed to do the tracking but it depends on logging your temperature on consecutive days, and a lot of things can affect your temperature.  An app can’t control ovulation.  So take our advice and don’t let an app on your phone sub for your gynecologist. Use the phone to make an appointment at Choices, instead. 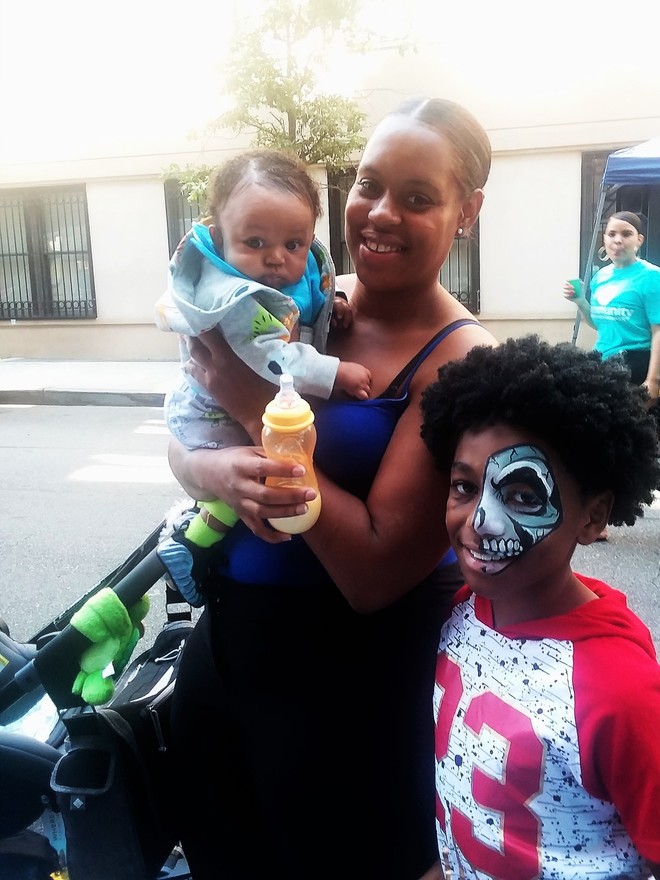 Choices’ Exhibit Table at a Jamaica Health Fair in August drew many people, including Desiree Pickens (above). She proudly showed us her two-month-old, Tyler, and told us that she had been in the Choices Pre-Natal Program that helped her have a healthy pregnancy and birth. Her other son, 9-year-old Amir, proudly showed off his great face painting. 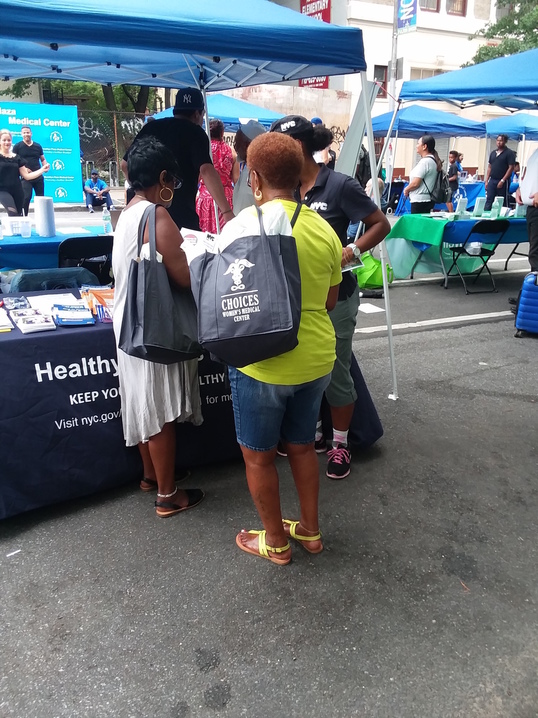 Choices was a presence at many health fairs this summer, including this one in Brooklyn. 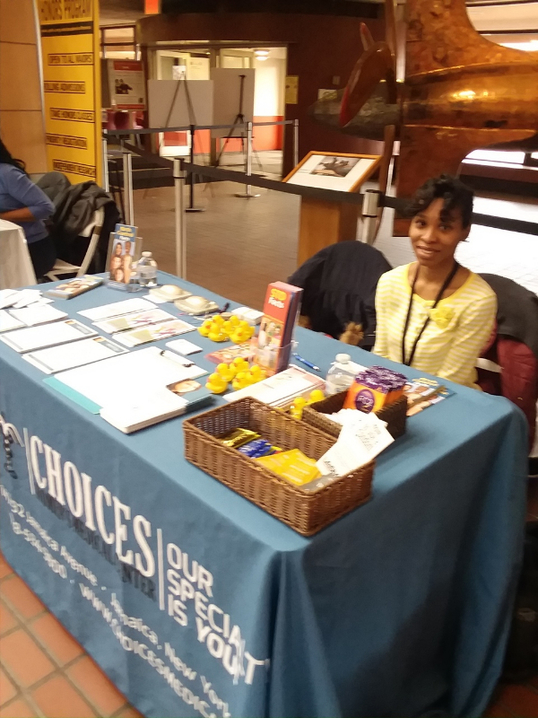