Love and the Unexpected at Choices 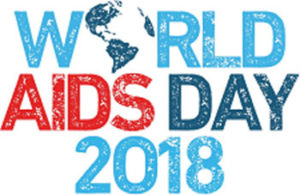 This year marked the 30th Anniversary of World AIDS Day, a global health campaign founded by the World Health Organization in 1988 to raise awareness of the HIV/AIDS pandemic and mourn those who have lost their lives to AIDS.

Three years before the founding of World AIDS Day I took a trip that forever impacted my conception of the illness. Below is an excerpt of the story of that trip published in On The Issues Magazine in 1985.

Love and Death on 86

I am overhearing a phone conversation – the tone of the speaker is intimate, concerned, loving, parental… long complicated words are being spelled out – RETINITIS – CHEMOTHERAPY – LYMPHADENOPATHY – repeated again and again.

The voice on the other side of the phone was Bobby’s – and he had missed his appointment. “Is your lover with you now – does he know you will probably have to be going into the hospital?” The question is asked gently but firmly. The speaker is a nurse practitioner named Gary. His bright red curly hair, plaid shirt, glasses and jeans place him just about anywhere. His name tag and stethoscope around his neck – the phone at his ear – the place I am standing in – place him on ward 86 at San Francisco General Hospital – the Oncology Unit – The AIDS Ward.

I knew I wanted to go to San Francisco General a year ago – AIDS had been in the papers. The issue was argued politically, medically and philosophically. Susan Sontag used it as a focus of social critique. Illness as a metaphor – it had shades of the medieval black plague – it was controversial, dangerous, and it was profound.

The profundity touched me one morning when I was dressing and listening to the radio. It was an interview with a Shanti counselor on the AIDS ward. She was saying something extraordinary – something that made me pause in my daily ritual – something about the fact that working with AIDS patients made her realize that if she would choose her own death – she would want to know she was dying – for one year, she would want to experience the clarity, the restructuring of priorities – the immediate’ placement of things important and not so important that she had been witness to by working with some of her AIDS patients.

And then, of course, there was the sexuality issue – the fact that a large majority of the AIDS patients were male homosexuals – an easy target for the right wing ideologues – Falwell’s proof that God was punishing our society for its decadence. Not only was abortion a blight visited on the sinner but now the Deity had something even worse in the offing – The “GAY PLAGUE.”

And then there was Calvin – my hairdresser. The strangeness had gone on for about a year – I would be called and told that he could not make appointments or would have to be late. He started to look thinner and thinner. I would question him – he just said he wasn’t feeling well – some stomach problems or something. Then one day as I was sitting in his chair, while he went through his programmatic cosmetic rituals – I looked up into the mirror and caught his eye – and again asked him what was wrong – He didn’t answer verbally – but he answered – I knew at that moment that he had AIDS and I also knew that he was dying.

Since writing the piece, so much has changed in the realm of HIV/AIDS prevention, contraction and treatment. The invention of PrEP–pre-exposure prophylaxis, a preventative medication for those at higher than average risk of contracting HIV–can reduce the risk of getting HIV through sexual activity by more than 90% when used as directed. And, unlike in 1985, a positive HIV diagnosis is not a death sentence thanks to enormous advancements in access to antiretroviral therapy (ART)–medication that allows HIV+ people to live longer and healthier lives.

Antiretroviral medications have also led to significant improvements in preventing mother-to-child HIV transmission and keeping mothers alive. “In 2017, 8 out of 10 pregnant women living with HIV, or 1.1 million women, received antiretrovirals.”

But, the fight is not over. Since 1971, “knowledge is power” has been one of the founding principles of Choices. We have the power to eradicate the virus completely through education, medical prevention and–most importantly–testing. World AIDS Day has come and gone, but this years’ theme should stay with us: “Know your status.” Book an appointment or walk in to Choices to get tested and encourage the women in your life to do the same.

This month, Choices had the pleasure of being visited by staff from our partner organization Spence-Chapin. Spence-Chapin has been connecting adoptive families with children for over 100 years is proud of their role as a prominent voice and leading advocate for adoption. They demonstrate a commitment to the wellbeing of all members of the adoption triad: birth parents, adoptive parents, and their children, which is why we happily connect our Choices patients interested in adoption with them.

On their visit, Spence-Chapin staff took a tour with Clinic Administrator Esther Priegue to learn about the full range of care offered at Choices. Afterward, they sat down with Ms. Preigue and Merle Hoffman to gain a better understanding of the history of Choices and to discuss the ways in which the partnership can continue to give women as many choices as possible. We would like to thank the Spence-Chapin staff for visiting–we look forward to our continued partnership.

In Case You Missed It:

Candidate for Queens District Attorney Rory Lancman also paid Choices a visit this month to further his conversation with Merle Hoffman about what he could do to support Choices and reproductive rights as DA. Ms. Hoffman gave Rory her full endorsement.

Read about the visit in the New York Daily News

Remember to stop into Choices between now and Dec. 19th to enroll in your IDNYC card! The pop-up site is open Monday through Friday from 9:00 AM to 5:00 PM (closed 1:00 PM to 2:00 PM for lunch). Please use the public entrance on Jamaica Ave and take the elevator down to the lower level conference room on G.

Remember to use the IDNYC document calculator before you come to make sure you bring the proper documents to sign up! 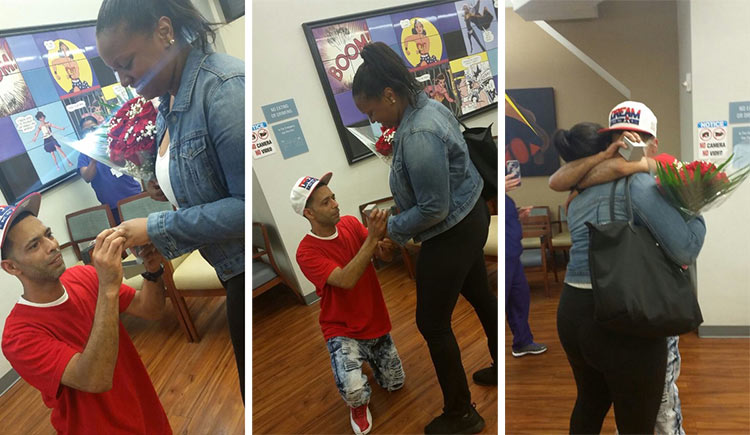 As 2018 comes to a close we would like to take the time to acknowledge something extra special that happened at Choices this year. We were reminded of the fact that for our patients, Choices can feel like an oasis from the rest of the world where they are loved, respected and empowered. Nothing could have been more indicative of this than the boyfriend–now fianceé–of a Choices patient asking if he could propose in our waiting room after her appointment. He provided the ring and the flowers and our staff covered music, playing the patient’s favorite Beyonce song in the background. It was a powerful and beautiful reminder of the special role we play in the lives of our patients. We wish them all the best in their future and look forward to remaining a place of love and safety for them and the entire Choices community. 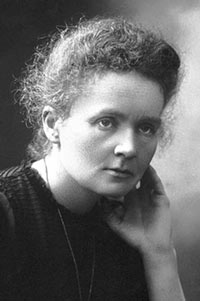 Dec. 26, 1898: Marie Curie announced to the French Academy of Sciences that she had successfully isolated radium. She went on to win two Nobel Prizes and her work continues to impact healthcare and more.

Dec. 7, 1941: Captain Annie Fox, head nurse of the Pearl Harbor Station hospital displayed incredible bravery tending to victims of the intense military bombing. Fox went on to become the first woman to receive the Purple Heart for her service.

Dec. 1, 1955: Rosa Parks refused to give up her seat to a white passenger igniting the Montgomery Bus Boycott. A lesser known fact is that Parks’ actions were modeled after a then-15-year-old girl named Claudette Colvin who refused to give up her seat months earlier. When remembering the valiant actions of Ms. Parks let us also remember Ms. Colvin.