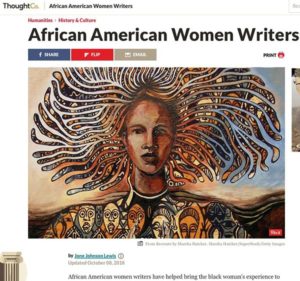 As The Root recently reported, “both maternal and infant mortality rates are disturbingly high in the black community—particularly in America, which currently has the highest rate of deaths related to pregnancy and childbirth in the developed world among mothers of all races. For black mothers, this danger can be exacerbated by lack of access to resources, as well as the frequent dismissal and diminishment of black women’s health concerns.”

When Merle Hoffman was choosing the new location for Choices Women’s Medical Center in 2012, she chose Jamaica, Queens in large part because the infant mortality was (and is) the highest in the city–nine times higher than the Upper East Side, in fact. At Choices, decreasing the egregious infant and maternal mortality rates in Jamaica is a central goal of our prenatal program–not just in February, but every month.

Suggested reading for this month:

“There are countless individuals whose earlier contributions went underappreciated. The Times has been telling their stories in its Overlooked Project, obituaries of influential figures who should have been more fully recognized.”

“‘Abolitionist’ was the word used in the 19th century for those who worked to abolish the institution of slavery. Women were quite active in the abolitionist movement, at a time when women were, in general, not active in the public sphere. The presence of women in the abolitionist movement was considered by many to be scandalous—not just because of the issue itself, which was not universally supported even in states that had abolished slavery within their borders, but because these activists were women, and the dominant expectation of the “proper” place for women was in the domestic, not the public, sphere.”

“The increase in religious revivals known as the Second Great Awakening of the 1820s and 1830s led abolitionists to see slavery as a sin against humanity. By the 1830s, thousands of American women were involved in the movement to abolish slavery, and some became prominent leaders in the abolition movement. They wrote articles for abolitionist papers, circulated pamphlets and delivered petitions to Congress calling for abolition.”