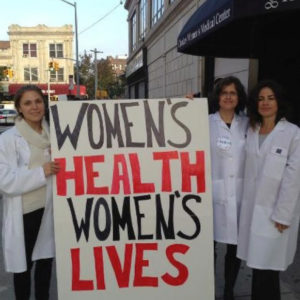 Women are crossing state lines again to come to Choices for safe and legal abortions that they cannot get elsewhere – And we welcome all of them! 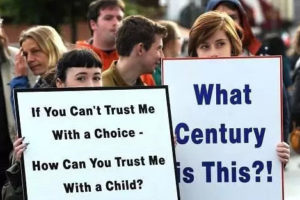 A record number of new restrictions have been introduced in state legislatures so far this year, all of them threatening women’s lives and reproductive freedom. Not all have been voted into law yet or upheld by the courts, but the dangers are real and have horrendous implications, including overturning Roe.
READ FULL STORY
Merle Hoffman was honored April 11, 2019, at a celebration for the Fourth Annual Women’s Leadership Awards and reception “recognizing outstanding women who are making a difference.” 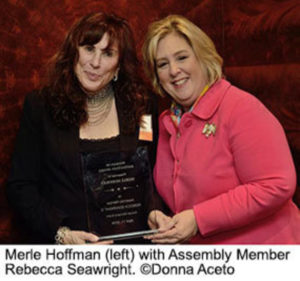 The event was hosted by ‘Friends of Rebecca Seawright” including the Hon. Elizabeth Holtzman, who gave opening remarks. The honorees included well-known newscaster Carole Jenkins, founder of the Women’s Media Center, and Ellen Ratner DC. Bureau Chief of Talk Media News among others.
Merle spoke to key moments in her life that had propelled her and keep her motivated today, including her first patient who came to Choices from New Jersey,  and then the reality of the Hyde Amendment that took abortion funding away from poor women. She also shared key moments of her televised debate with the Reverend Jerry Falwell in Detroit on National Television in 1982 when she shocked him by saying that God was Beyond Gender. She concluded by urging everyone there, in what they do today, to keep foremost the fact  that “women’s lives are on the line.”

The Politics of Black Holes 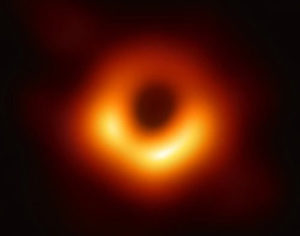 We were thrilled to see a photo of a natural phenomenon never before seen – a black hole, three million times the size of Earth, larger than the size of our entire solar system, and 500 million trillion km away.
It was photographed by a network of eight linked telescopes across the world. This extraordinary photograph was made possible by a 29-year-old woman, computer scientist Katie Bouman, who led development of a computer program that was able to create the first-ever image of a black hole.
And pondering black holes, yes, we must look far out beyond the Solar System to find them…when at the same time, we have so many residing in so many minds right here on Earth!
PrevPrevious
NextNext

Choices Women’s Medical Center is a woman-owned and operated medical facility serving women in New York City and surrounding areas for over 50 years.