Love and the Unexpected at Choices

2019 marks the 48th year of Choices and the 46th Anniversary of Roe v. Wade. Interestingly enough, these Anniversaries have become even more important to me than close birthdays.

I remember one January (1998) in particular in New York City’s Bryant Park. In the midst of the blinding snow and howling winds of what the papers termed “the worst blizzard of the decade,” I was part of a band of dedicated pro-choice activists who were passionately celebrating the anniversary of Roe v. Wade–and just as passionately attacking those who opposed it.

Years before, on another anniversary, I debated Nellie Gray, the organizer of the annual anti-abortion march on Washington. She was small, sinewy and angry.

She told me that we were a modern version of the Lincoln-Douglass debates. I smiled in recognition until I realized that she was positioning me as Douglass. “We’ll stop our attacks when you put down your knives and stop the killing,” she told me. “And your vision of women’s roles would be to butcher them with illegal abortions or turn them into baby-making slaves,” I replied.

2018 has also been an extremely challenging year. We lost the federal lawsuit the former New York Attorney General brought against the antis that is now being appealed.

Continuing attacks on clinics across the country and women’s right to abortion along with the rise of creative obstacles to birth control and prenatal care have placed the movement on the defensive.

People often ask me whether it is “a burden” to do the work I do, or whether or not I get depressed or dispairing that the battles I fought almost half a century ago are still going on.

I tell them it is not a burden but rather a calling and a responsibility. I realized long ago that these battles over women’s lives and agency will not be won in my lifetime or even in the immediate generations after mine.

I tell them that I believe it is a privilege to be part of the struggle and usually quote my old dear friend Florynce Kennnedy who always told me, “Girl, you’ve got to love the struggle.“

This newsletter is a great reminder of all the things that have moved forward this year at Choices. These accomplishments and more are evidence that in spite of the challenges, there are so many possibilities for improving women’s lives.

Any time I read a headline that drains my hope I need only walk through the Choices waiting area and see a room full of people waiting for services sitting adjacent to the mural of female superheroes. Although the women in the mural are fictional, I see their ferocity and valiance mirrored in the patients who are everyday heroes and the work of my incredible staff. 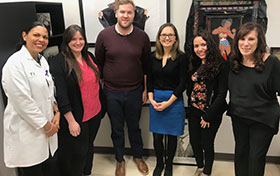 Staff from Spence-Chapin on their 2018 Visit, with Esther Priegue (left) and Merle Hoffman (right).

Solidified our Relationship with Spence-Chapin

Spence-Chapin has been offering exceptional adoption services for over 100 years, and although we’ve enjoyed a collaborative relationship with them for years, 2018 was especially exciting because our partnership became official through a linkage agreement.

We look forward to doing many great creative, collaborative projects together. 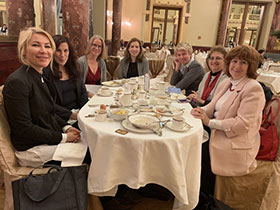 Merle Hoffman, Alena Popova and others from the Russia delegation having breakfast at the Metropol Hotel in Moscow.

In November, Merle returned to Russia to pick up where she left off decades ago and continue the Choices mission abroad. The Choices Global Health Institute of Healing and Education teamed up with Project Kesher Russia with the goal of making women’s healthcare in Russia more responsive to the needs of women, particularly in areas of domestic violence and reproductive health care.

Merle was joined by a delegation of activists and educators including Russian activist Alena Popova, founder of The W Project, an advocacy group fighting domestic violence by drafting laws, campaigning for equal pay and more. While there, Merle met with the Russian Health Advisory Committee to draft a list of critical health issues facing Russian women, attended a General Women’s Conference where there were discussions on motherhood and childcare, medicine and psychology, fighting violence, women’s entrepreneurship and more.

The women she spoke with were galvanized by her message of Patient Power and left her feeling hopeful for the future. She already has plans to return and looks forward to continuing her important work. 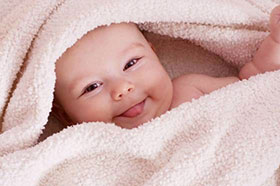 Through this partnership we’re now able to set our patients up to have the healthiest pregnancies possible by screening for common genetic conditions.

We’re also able to tell our prenatal patients the sex of their baby as early as 9 weeks into their pregnancy. For more information on Natera click the button below.

We know how busy our patient’s lives are, which is why we’re always looking for new ways to make accessing care easier.

With our new 24-hour chat service, patients can get their questions answered at any time of day or night without even picking up the phone. It’s easy, discreet and the perfect way to get the answers you need when you need them. We would like to note that medical questions should be directed to a Choices provider, and in the event of an emergency you should call 911.

Click the CHAT link at the bottom of this page to communicate with us 24 hours a day. 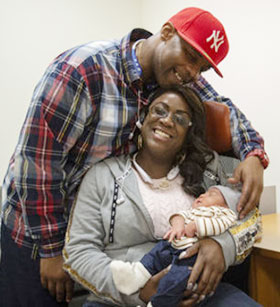 Latarcha and Ivan Mosley with their baby Jeremiah. Photo by Jonathan Sperling.

Choices Was Profiled in the Queens Daily Eagle

Choices was featured in the Queens Daily Eagle in November in an article titled “In Jamaica, a Nondescript Facility is a Women’s Health ‘Oasis.'” The piece featured two Choices prenatal patients, one of whom described her care as feeling “like your mom taking care of you.”

It was a pleasure to have reporter Jonathan Sperling at Choices and we look forward to speaking with the Eagle again in the future.

Read the full story in the Queens Daily Eagle 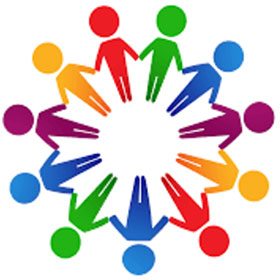 In 2018 Choices had the pleasure of engaging with the community of Jamaica and Queens more broadly at a series of events including workshops, tabling events and community meetings. We believe we cannot properly serve our community without knowing who they are and what their concerns are, both within and outside of the walls of the clinic.

We have especially enjoyed facilitating workshops for groups like Girls Talk, a mentorship program that helps young women have bright futures and the Civic Leadership Academy in Queens where we gave a workshop on STIs and Birth Control. We also attended several health fairs including at LaGuardia Community College and Queensborough Community College in order to connect with students and provide crucial resources. 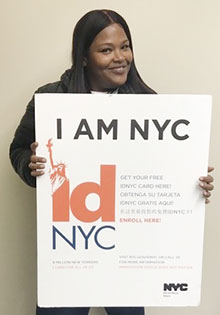 A patient who signed up for her IDNYC after an appointment at Choices.

IDNYC is a free, broadly-accepted, official form of New York ID with a host of benefits.

Cardholders enjoy free memberships to cultural institutions, discounts on prescription drugs, movie and sporting tickets, access to New York libraries and much more. In December, Choices hosted an IDNYC pop-up enrollment site in an attempt to help our community gain the valuable resource of an official ID and discount card.

We were pleased with attendance from our patients, staff and the public. We look forward to collaborating again in the future.

Looking to the Future:

In 2019 we look forward to growing our community relationships.

This spring we are excited to visit Queens Library for youth-oriented educational events where we will discuss topics like birth control, STIs, healthy relationships and more. We also have plans to collaborate with more schools in the community on educational workshops aimed at helping teens live their healthiest lives.

We celebrate the 46th Anniversary of Roe v. Wade

Jan. 22, 2019 will mark the 46th anniversary of the passage of Roe v. Wade in 1973. The following is a excerpt from Merle Hoffman’s memoir, Intimate Wars: The Life and Times of the Woman Who Brought Abortion from the Back Alley to the Boardroom

“The Supreme Court decision, in essence, initiated the women’s health movement as a defined phenomenon. It created a visible, observable, demanding reality: the reality of the female medical consumer. Millions came out to access gynecological and abortion services. The reformation had begun, and women began connecting with each other, sharing the fears, anxieties and challenges of being a female patient. People were aware of the need for change, and others, particularly certain religious groups, became active in resisting it.

“I initially called Roe v. Wade the Medical Equal Rights Amendment. The law had undeified physicians and required the informed consent of the patient for surgical procedures, making Patient Power real. But as I would come to learn, implementing Roe v. Wade did not prevent abortion from being seen as a second-class medical service, or clinics and the doctors who worked in them from becoming pariahs in American society. It would be many years before I would come to see Roe as a compromise–before I would see that women still had a long way to go to truly gain control over their reproductive health.”

This month we were delighted to be visited by some passionate young people from Feminist Camp. Founded by Jennifer Baumgardner and Amy Richards in 2006, “Feminist Camp is a front-row seat to feminist work, activism, and action beyond classroom theories.” Campers are introduced to fellow feminists working at non-profits, volunteering, creating art, protesting, running businesses and more.

The campers visited us on their “Reproductive Justice Day.” When they arrived, they sat down with Merle Hoffman to hear the story of Choices, and afterward they took a tour conducted by Choices Clinic Administrator Esther Priegue. After getting a glimpse of what goes on at Choices, the campers discussed what they were thinking and feeling.

The campers left with signed copies of Intimate Wars by Merle Hoffman. After the visit the campers described the experience as “life-changing.”

We would like to thank Feminist Camp for taking on the critical responsibility of training and inspiring the next generation of feminists and we very much look forward to future visits. 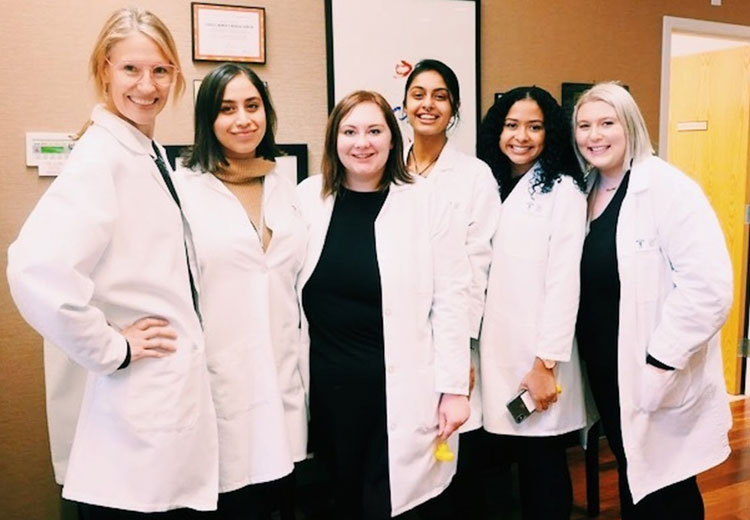 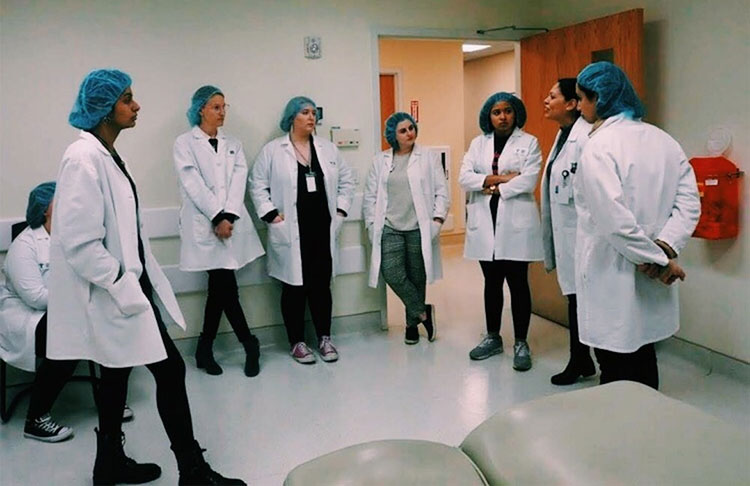 Jennifer Baumgardner and Merle Hoffman (center) along with feminist campers holding up the famous hanger used at St. Patrick’s Cathedral during visit to Choices. 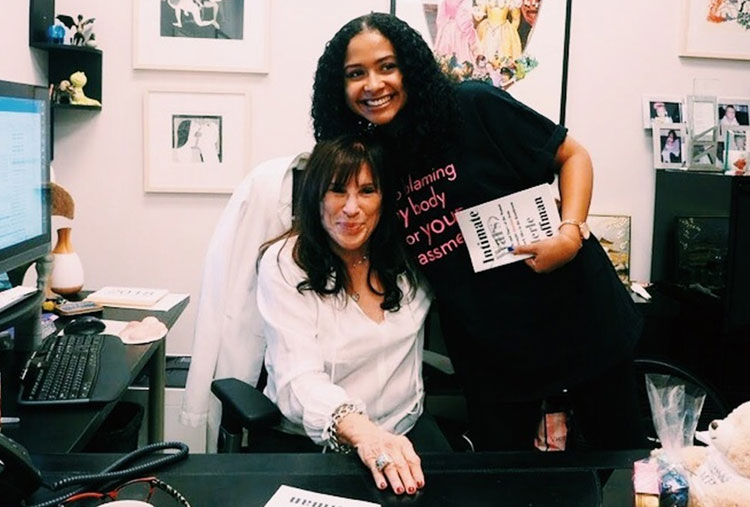 Merle Hoffman (left) and a feminist camper with her freshly signed copy of Intimate Wars during visit to Choices.

Choices Goes to Off Broadway 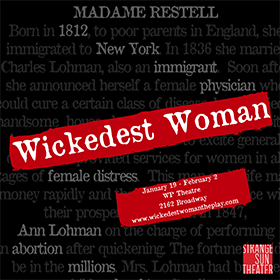 Wickedest Woman, a new play by Jessica Bashline, tells the true story of Ann Trow Lohman, a female doctor (midwife and abortionist) in New York City throughout the 1800’s. Known as Madame Restell, when Ann began performing abortions in 1838 they were legal in the United States, and when she committed suicide almost 40 years later at the end of her career, they were illegal. Madame Restell became the face of evil that the anti-abortion movement used to rally people to their cause. A gender-bending cast of 7 actors tells this epic story of Ann’s rise to noteriety and her struggle to keep her life intact as the scrutiny and even physical danger became even more intense.

Come see Madame Restell’s story at the Strange Sun Theater on Jan. 31st and stay for a post-show discussion with Merle Hoffman and other members of the reproductive rights movement to discuss Restell’s career and their own. The show begins at 8:00 pm and runs 90 for minutes. Get your tickets soon!

Every now and then we get an extra-special online review. Here are some of our favorites from 2018: 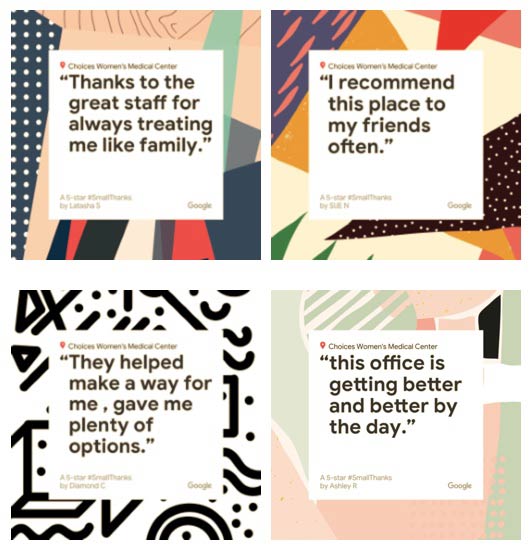